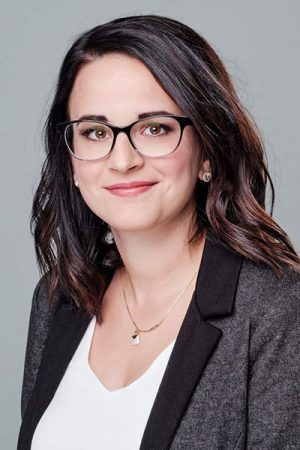 Capital Gains Exemption – Not as Tax-Free as you Thought

Whether you are a tax expert or not, if you farm and personally own farmland or shares in a farming corporation, you are likely to have come across three words that sound like pure gold — capital gains exemption (or “CGE”). However, there are three other words that almost always tag along where the CGE goes – alternative minimum tax (or “AMT”). If you have previously used your CGE to shelter a significant gain and had never heard of the AMT, you were likely in for a big surprise when your taxes came due the following year.

This article is not going to review in any detail when and how you can claim the CGE. However, in case you have not yet tripped across this phrase, or need a quick refresher, let’s go over the basics. Different types of property give rise to different forms of taxable income when they are disposed of. Farmland and shares in a farming corporation (like many other things) are held by an individual as capital property. As such, when they are disposed of for an amount in excess of what they were purchased for, they give rise to a capital gain. At current tax and inclusion rates, capital gains are taxed at roughly 25%.[1]

Each individual resident in Canada is entitled to claim the CGE on the disposition of certain capital assets. When disposing of qualifying farmland or shares in a family farming corporation, each individual has a CGE limit of $1,000,000. What does that mean? Well, to keep it simple, each individual can shelter capital gains of $1,000,000 when disposing of these types of assets. Now, keep in mind that the farmland and shares must meet certain requirements to qualify (a topic for another day). But going back to approximate tax rate of 25%, that is a tax savings of $250,000. Nothing to scoff at.

You are probably wondering, what is AMT, and what does it have to do with the CGE. Well, if CGE is the fun night out on the town, you can think of AMT as the hangover you didn’t see coming.

The AMT calculation is dependent upon an individual’s other income in a year and how many preferential tax deductions (such as the CGE) they have taken. However, AMT can easily hit tens of thousands of dollars.

Now, there is some good news. You have seven years to recover AMT that you have paid. If you earn certain types of taxable income in the seven years following your payment of AMT, you can apply the AMT paid against the tax owing in future years. In this way, you can think of AMT as a prepayment of future years’ taxes.

Note that not all types of taxable income soak up AMT. Dividend income, for example, will not soak up AMT. This will often catch the unwary corporate owner who uses their CGE at the end of their career when they plan to retire and live off dividend income. If that is their only income stream available, they will have no way to use the AMT paid.

This is one of the main reasons (aside from reducing the shock value) why it is so important to be aware of AMT before you use your CGE. With proper planning in place, AMT paid can be nothing more than a pre-payment of future years’ tax.

This article is provided for general informational purposes only and does not constitute legal or other professional advice and does not replace independent legal or tax advice.

This article was originally published in The Western Producer.

[1]  This tax rate varies by province.