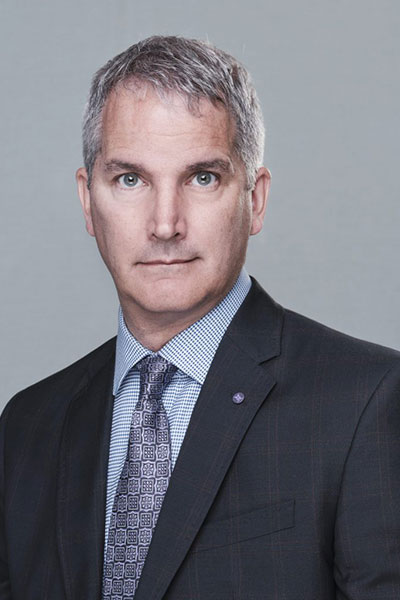 Profile:
Terry was admitted to the bar in 1989 and has been a partner at the firm since 1999. He is a seasoned litigator with extensive experience before all levels of courts in Saskatchewan and numerous tribunals. He has trial and appeal experience before the Federal Court of Canada and has appeared before the Supreme Court of Canada. He has also appeared before superior courts in other provinces.

His most notable case is the patent infringement case of Monsanto v Schmeiser, in which he represented Mr. Schmeiser all the way from trial to the Supreme Court of Canada. The case is the subject of numerous documentaries on the topic of genetically modified food. The court drama was even made into a play, Seeds.

Terry’s current litigation focus is in commercial and agricultural law, product liability, personal injury, malpractice and intellectual property. He has been a trade-mark agent for over twenty years. He also teaches trial advocacy at the University of Saskatchewan College of Law as a sessional lecturer.